The annual Dry January campaign is all about making the commitment to give up alcohol for 31 days after the indulgences of the Christmas holidays. In 2016 a huge 16% of the adult population attempted to go Dry in January. An app was introduced in 2016 which was used by 14,000 people to help motivate themselves to stick to the challenge and change their drinking habits forever. More than ten million Britons drink to harmful levels, regularly exceeding the recommended maximum of 14 units a week (a medium glass of wine is two units, as is a pint of beer), according to a report last month by Public Health England. 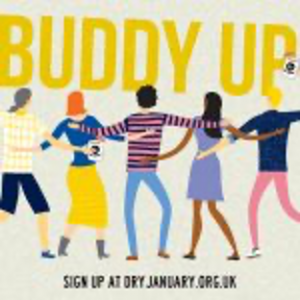 And nearly two million of us are thought to be heavy drinkers — defined for women as having more than 35 units (three-and-a-half bottles of wine) a week, or for men, more than 50. Exceeding limits is easily done — for example, a large glass of wine can equal a third of a bottle — and drinking at this level can leave you with more than just a hangover. Not only is alcohol high in calories, but heavy drinking contributes to high blood pressure and cholesterol — and probably increases blood sugar levels by making the hormone insulin less effective at processing sugars, raising the risk of Type 2 diabetes. 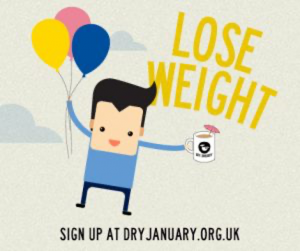 Plus as the liver breaks down alcohol, it produces toxins that damage cells, leading to inflammation and scarring. Around 20 per cent of drinkers will develop liver problems that could ultimately prove fatal. Alcohol also increases the risk of cancer, stroke, dementia and heart disease. Such is the concern about the number of people with liver damage that the National Institute for Health and Care Excellence (NICE) last month proposed that all heavy drinkers should have a scan to screen for liver disease. But it’s not just the liver that suffers, so too can your sleep, says Professor Kevin Moore, a liver specialist at the Royal Free London NHS Foundation Trust. ‘Regular drinkers often have impaired sleep because they are more likely to snore or wake more frequently during the night as a consequence of their poor breathing, or because they need to use the bathroom, leaving them with poor concentration during the day,’ he says. But is giving up alcohol for a month enough to undo this damage to your body? Experts believe so. ‘Our recent research on people drinking an average of 35 units a week has shown that going dry for just one month decreases liver stiffness [a sign of liver damage] by 10-15 per cent and leads to significant reductions in weight, blood pressure, cholesterol and insulin resistance,’ says Professor Moore. ‘So it is well worth it.’ 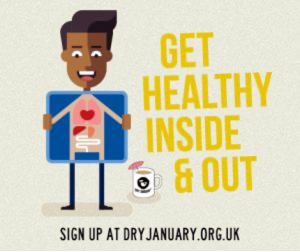 What are the benefits of giving up the booze?

New research from Royal Free Hospital backs up just how good a month off the booze is for the body; improvements in concentration and sleep patterns, as well as positive impact on blood sugar levels, blood pressure and the liver.  Some other reasons to give up alcohol for January include:

All these health benefits and the significant cash savings are what makes Dry January an attractive challenge for many people.

Here are some quotes from successful participants of Dry January 2016:

“Just 2 weeks free of alcohol and my skin is clear for the first time in 30 years! I feel awake, alert. .. alive!

“Thank you Dry January. I’ve loved the whole experience. I would say it has been life-changing. I don’t think alcohol suits me and I think I might just kick it out! I feel like I did in my 20s (I’m 60) when I had loads of energy and was optimistic. My mood is completely different and I actually feel less anxious and certainly not depressed. I’m so happy it’s ridiculous.”

“I am the least likely person to have been able to do Dry January, the first week and weekend is the worst but once I had managed to get through a whole date sat with a soda and lime…I knew I could last the rest of the month! I have more energy and think this could be the end of my binge drinking days!!”

As an even greater incentive to give up and help you stick with it for the entire month, you can sign up to take the official challenge. You will receive guidance and motivational tips when the going gets tough. To sign up, click here. 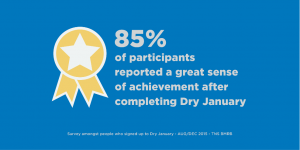